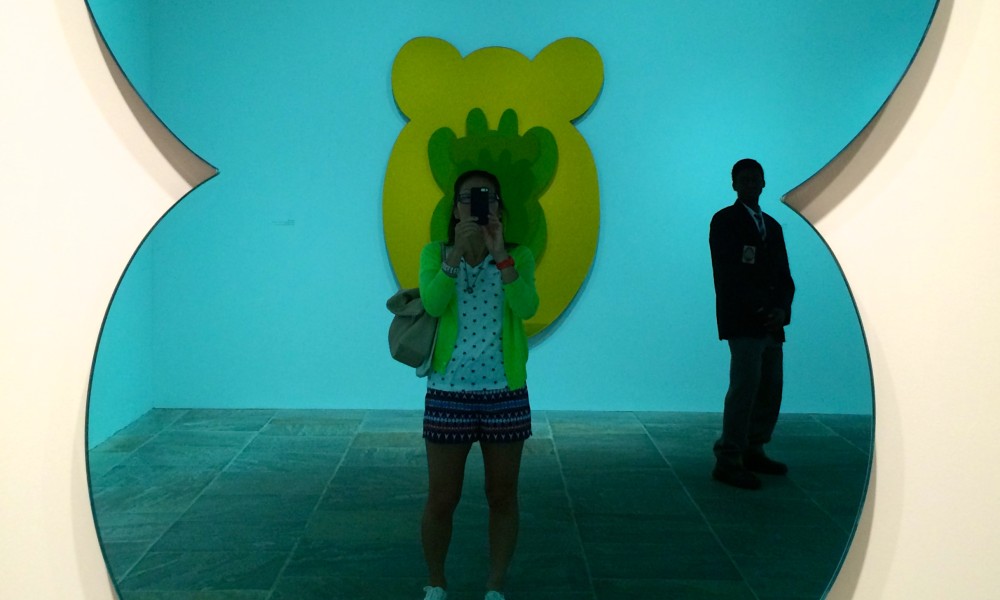 NYC 2014 Part Two: The Whitney and the Morgan

As I mentioned in the previous post, two “must-do” items on my itinerary were strolling through Dover Street Market and experiencing Summer Streets. Well, to check off the rest of my list, I headed uptown to see the Jeff Koons retrospective at the Whitney and came back to midtown to visit the Morgan Library. Having never been to either museum, I was in for a major treat.

Here’s the second half of my stream-of-consciousness photo journal:

In the early ’80s, Jeff Koons did a series called “The New.” New York Times’ art critic Roberta Smith writes that “the name signals [his]…interest in isolating an essential pleasure of consumerism: newness itself.” 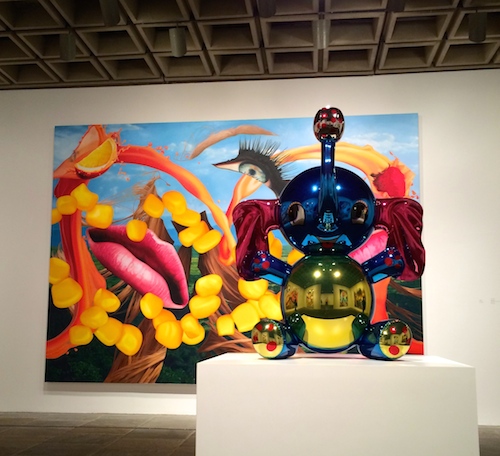 In vivid color: works from the “Easyfun – Ethereal” series. 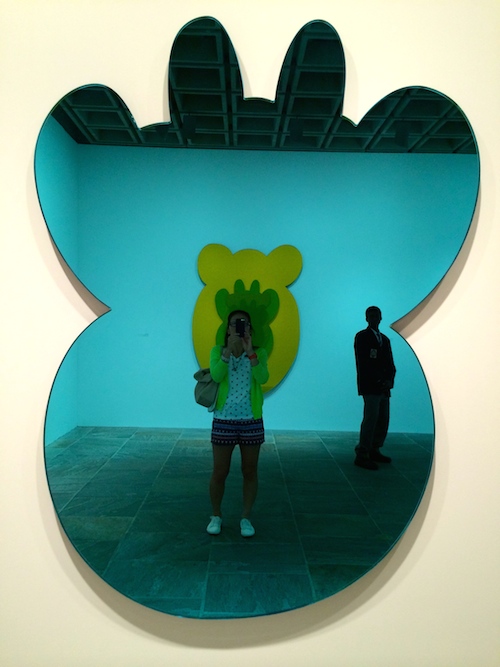 Moo, I see you. From the “Easyfun” collection. The catalog explains: “the colorful mirrors suggest a joyous menagerie of cartoon animal silhouettes, yet their blank faces and exaggerated scale also evoke a darker sense of foreboding.” 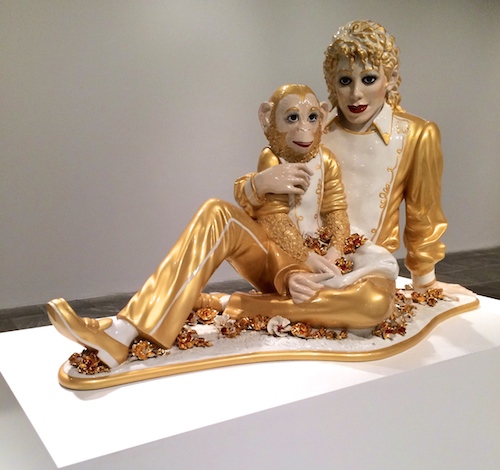 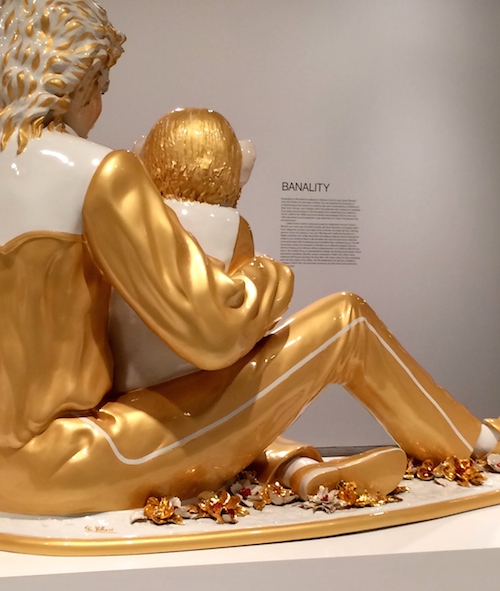 With “Banality,” Koons “ventured further into the realm of kitsch…[where] cute becomes monstrous and the banal turns subversive and menacing.” 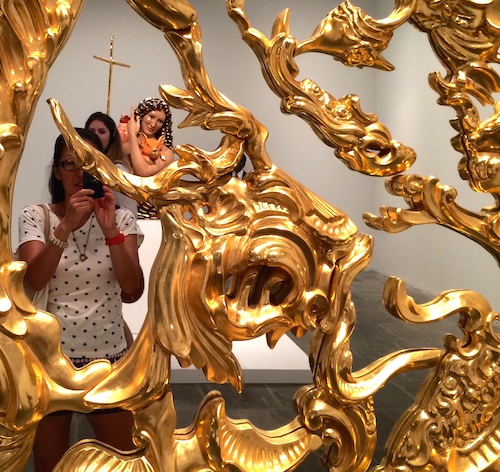 Reflections and gaze in a “pseudo-Baroque” mirror. (“Saint John the Baptist” in the background.)

“Play-Doh” (1994-2014). One of the most complex sculptures Koons has ever created, it “required two decades to fabricate…[It] was ultimately fashioned from twenty-seven individual interlocking pieces of painted aluminum, unveiled for the first time in this retrospective.” The texture was remarkable.

Panoramic view of the “Celebration” series which represents the milestones in a year and the cycle of life.

Aside from the Koons exhibition, I wandered through the Whitney’s other galleries. This is Jean-Michel Basquiat’s visually-arresting “Hollywood Africans.”

Balancing act: Alexander Calder’s whimsical and elegant “The Brass Family.” (The lighting and shadows enhanced it even more.)

I love the detail of his signature integrated into the design.

After leaving the Whitney, I happily walked almost twenty blocks before catching the subway. At the J.Crew Collection store at 66th and Madison, I spotted these fun Sophia Webster heels. (Editor’s note: look how their color palette and pattern are echoed in the next three photos.) 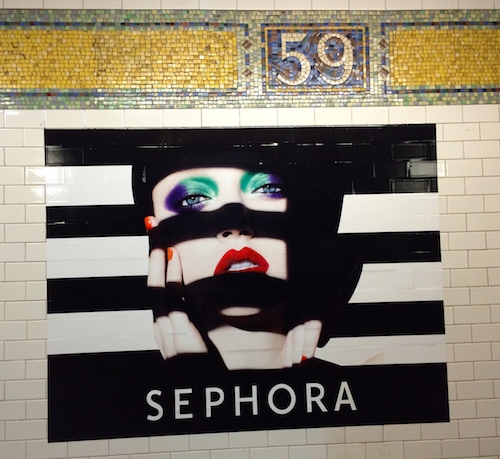 The stare and stripes at 59th Street station. 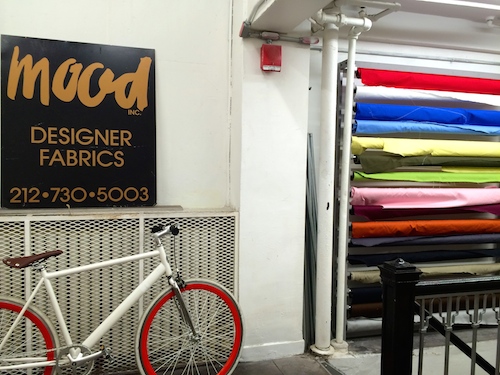 Before returning to the Strand Hotel for a short break, I discovered that Mood fabric store was only a couple of blocks away. If you’re a diehard “Project Runway” fan like I am, you can just hear Tim Gunn announcing “OK designers, we’re heading off to Mood!” 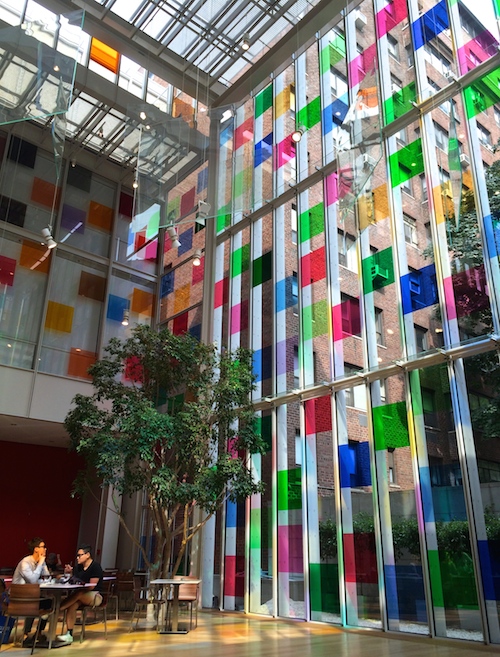 I rested for a little while at the hotel and then stepped out to the Morgan Library and Museum. In the newer building that was part of the Renzo Piano-designed expansion and renovation, artist Spencer Finch created the temporary installation “A Certain Slant of Light.” 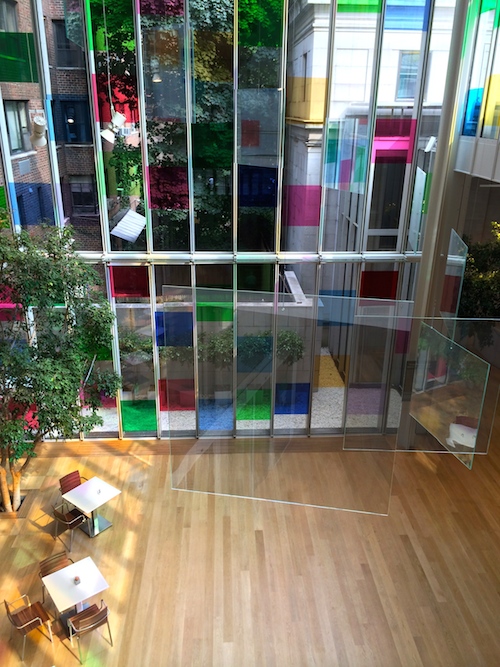 A soaring kaleidoscope of colors in the sunlight. 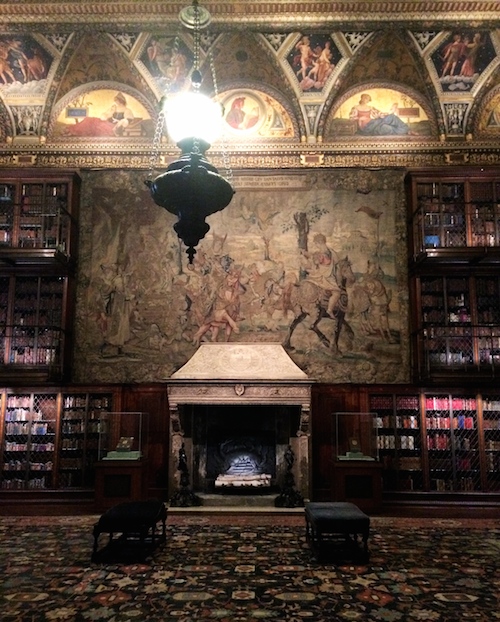 Wealth beyond words: the collection of legendary financier Pierpont Morgan. He acquired on “an astonishing scale…rare books, manuscripts, drawings, prints, and ancient artifacts.” 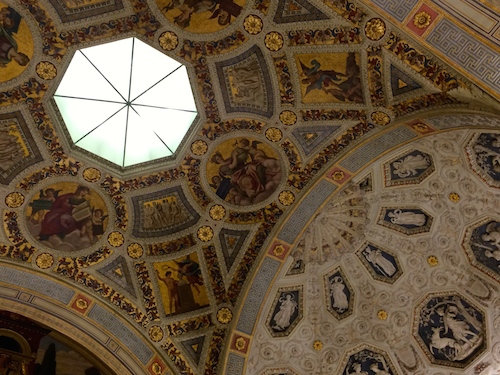 The ornate and intricately-carved ceiling. 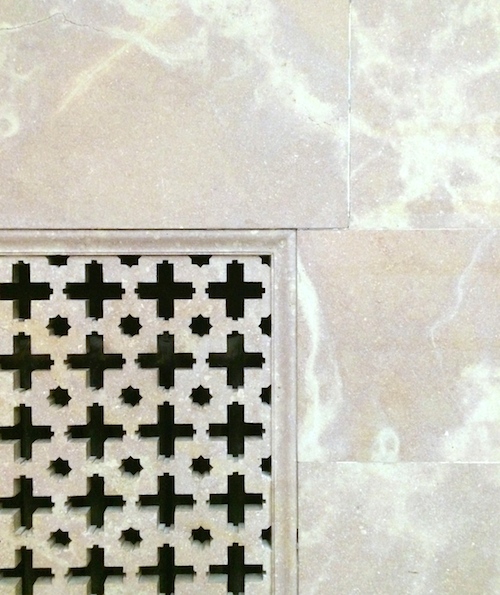 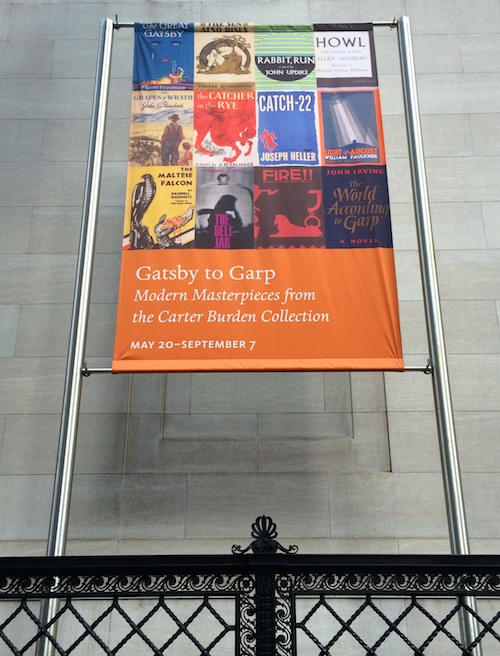 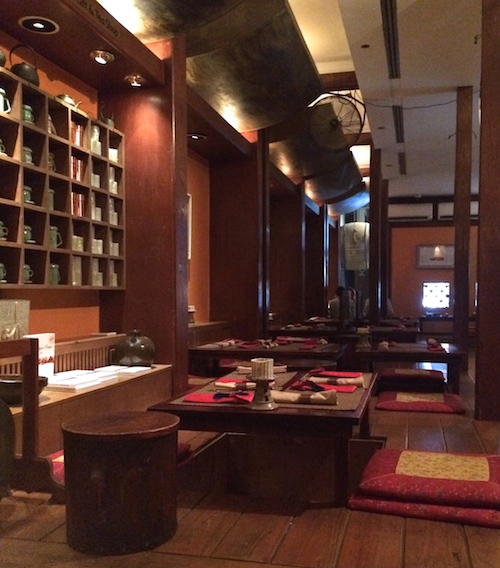 For an early dinner following the Morgan, I went to a nearby vegetarian Korean restaurant called Hangawi. You had to take your shoes off before entering the main dining area. And as you can see in the photo, the floor underneath each table is cut out so your feet can dangle and you don’t have to kneel or sit cross-legged. 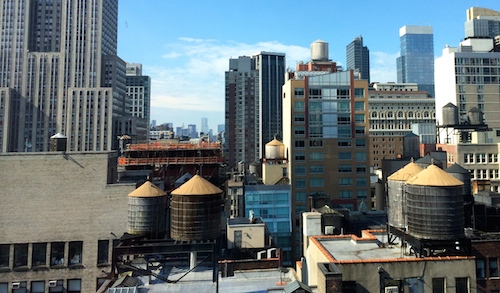 On my last morning, I took the elevator all the way up to the Top of the Strand lounge at my hotel. It had rained the night before so the retractable glass roof was closed. Standing on a chair, I took this shot of the surrounding buildings.